On Friday I attended CampaignTech Europe 2017, a conference focused on giving attendees a “how to” in running data-driven, innovative and effective political campaigns.

The day featured presentations from expert practitioners – from across the world – who have shaped how political campaigns use data and digital tools to persuade and motivate voters.

The event was produced by Campaigns & Elections, a publishing and events group which has been serving the political campaign industry since 1980.

It took place in the centre of Berlin at a suitably trendy venue called ‘The Factory’. It was attended by people representing brands, political parties, ad agencies, pollsters and campaigning organisations, all of whom were eager to learn about the cutting-edge tools, tactics and techniques used by the political consulting profession.

The conference was opened by Jochen König & Juri Schnöller, who are Co-Founders of Cosmonauts & Kings, a Berlin based start-up for data-driven political communication and campaigning.

They setup the event brilliantly by painting a picture of the challenges facing organisations seeking to form and change public opinion.

They highlighted the three biggest digitally-enabled blocks to directing a public dialogue as the filter bubble, fake news and social bots.  They also pointed to other societal factors such as erosion of public trust in institutions, rising anxiety and information overload as issues that campaigners have to deal with.

They went on to argue that it is possible to overcome all the challenges by implementing the right strategic approach and by using data effectively, both summarised in the charts below.

The Cosmonauts & Kings then concluded by challenging the remaining speakers to answer the three pervasive questions that face all campaigning organisations:

Next up was Marcus Roberts, International Director of YouGov who talked about the future of polling.  Amongst a number of provocative and interesting points, he revealed his belief that precinct-level social bots peddling fake news in battleground states in the USA were a significant factor in the 2016 result; this might sound like baseless conspiracy, but given that he wasn’t the first expert of the day, nor the last, to point to the role of this technology it’s certainly a controversial technology that we will all have to pay much more attention to going forwards.

He also defended the accuracy of national level polls during the 2016 Presidential election, whilst accepting there was more to do on state-level polling, and encouraged attendees who had misgivings about the industry to read the evaluation of 2016 election polls produced by the American Association for Public Opinion Research.

The following presentation was by Arun Chaudhary who, prior to founding his agency Revolution Messaging, had a variety of impressive roles including being Obama’s New Media Road Director during the 2008 campaign; his content producing skills then led to Chaudhary being appointed the first Official White House Videographer by the administration.

A filmmaker by trade, Chaudhary outlined the importance of a simple, consistent and motivating narrative; he argued that narratives – containing facts and events – are retained longer than rational information, are difficult to change once lodged and can be executed in a number of different ways without getting tired.

He brilliantly summarised a number of recent successful political narratives.

He condensed Obama’s narrative to “from rootless to rooted”; the story – a twist on the classic American Dream – told of a man who had grown up without a stable family, or a father in the house, or a community to be part of and went on to achieve great things and became a symbol of achievement, familial stability and success.

Chaudhary went on to describe Bernie Sanders’ story as being someone who is unfailing consistent and “gives a shit about you” and Donald Trump’s narrative as “stop laughing at us”.

Chaudhary said the similarity between Trump’s underlining narrative and that of the Brexiteers was uncanny; when Trump and Farage met up in November to celebrate their collective victories, their narratives reached a joint conclusion “look who’s laughing now.”

As well as having a narrative he outlined the importance of telling it consistently, but also constantly; he said that “nature abhors a vacuum and if you’re not telling your story, then somebody else will”.

Chaudhary then suggested that there was now a new political divide which is no longer a left to right wing access but is instead a doughnut with “elites” on the inside and “ordinary people” on the outside.

He argued that those who campaign only on issues that the elite care about, without capturing the imaginations of ordinary people, can expect to be rebuffed at the ballot box. He pointed at significant numbers of voters in key USA swing states who voted for George W Bush in ’04, Obama in ’08 and ’12 and Trump in ’16 as evidence. 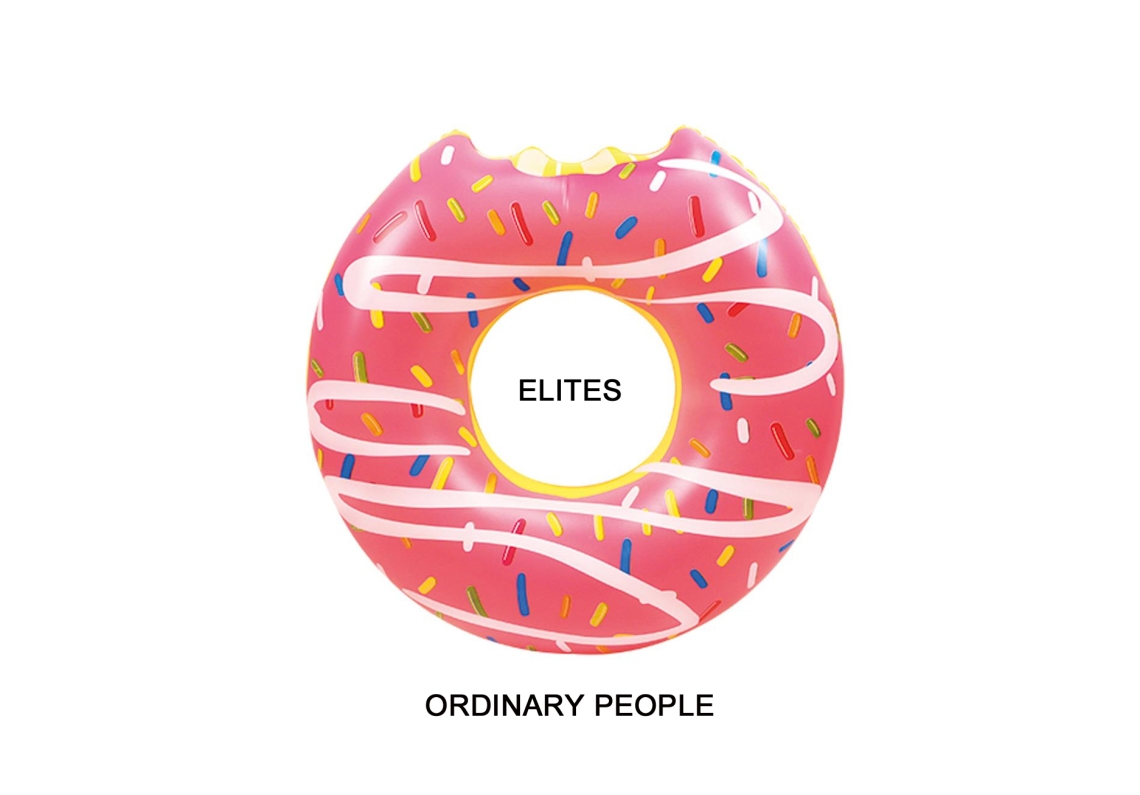 If you buy this argument, it’s easy to view both May and Corbyn’s 2017 UK general election campaigns as essentially competing for the voters that cast their ballots for Labour in 2010, UKIP in ’15 and Leave in the referendum.

Chaudhary closed by asserting his belief that great political communication is about finding a way to give a sense of dignity to the people that you are trying to persuade.  He didn’t expand on the concept particularly, but it felt quite profound at the time.

Themes included the importance of political cross-dressing to appeal to those beyond your base, how to build a brand around a candidate using image-making and the need to manage journalists effectively in order to maintain your narrative (“keep them busy, or else they will keep you busy”). 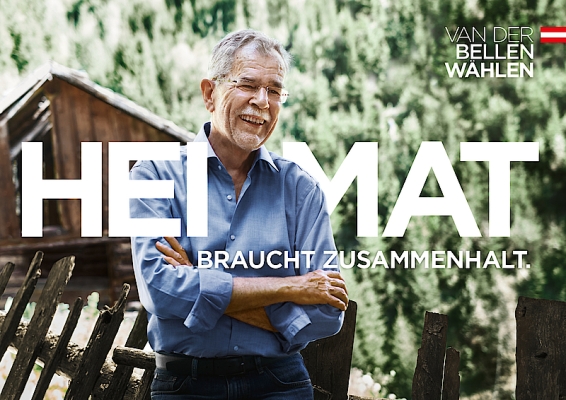 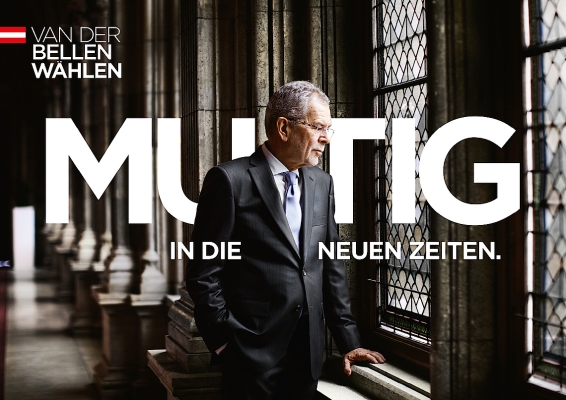 The session that I was most excited about in advance of the conference was The Predictive Power of Data: Modelling and Mobilisation.  It was moderated by Ralf Güldenzopf – Head of Political Communications at Konrad-Adenauer Stiftung and the speakers were: Bryan Whitaker – Chief Innovation Officer at Target Smart, Chris Young – National Field Director at the Republican National Committee and Guillaume Liegey – CEO of Liegey Muller Pons.

The discussion was very discursive around the topic of how to use data effectively in a campaign, but at its most simple, the panel agreed that data is fundamental to understanding who to target, what to say and for tracking whether your campaign is working.

They got into the reeds of the process of gathering useful data and using it, which I sensed was exactly what everyone was hoping for.

Once a campaign has decided the groups of voters on which they want to focus their resource and have ascertained the messages most likely to be persuasive to them, they are used – amongst other things – in targeted advertising, included in carefully directed emails and given to activists to use when knocking on doors.

The panel told attendees that supporters pounding the streets now carry smart devices which dynamically load the script that is most likely to persuade the person that answers the door.  The data can ascertain seemingly unimportant things such as the sort of TV shows they’re likely to watch – as well as their probable views on a range of issues – and the nature of the script is then adapted to suit.

These three segments require very distinct types of messages in order to win their vote; for example, using “herding” strategies (or ‘shaming’) for supporters who are less likely to vote is the best way to turn them out.

When asked whether or not there was a limit to the number of segments a campaign should create, his response was that it’s worth segmenting until the cost of increasing the relevance of communications shows diminishing returns.  Given that artificial intelligence will soon be able to create a massive (infinite?) number of segments and messages, the revolution in political communication will soon take another big step forwards.

He argued that in order to persuade someone to support a candidate or cause the voter needs to be targeted with, on average – per month – around 40-60 online display impressions and 10-15 unskippable pre-roll films.

Another internet-enabled communication innovation which is being weaponised – in the literal sense of the term – was explained by John McTernan, Head of International Political at Penn Schoen Berland (and former Director of Political Operations to Prime Minister Tony Blair ’05 -’07).

McTernan used a document on ‘information operations’ released by Facebook in April 2017 to make the case that state actors (read: Russia) have been using digital channels to conduct information wars against rival countries and governments.

It was equal parts fascinating and jaw-droppingly worrying.

He outlined three genres of misinformation peddled by states conducting information wars, each designed to destabilise rival countries and sow the sort of division that might weaken them:

For those in the audience who doubted the reality of such threats, McTernan had an anecdote from the recent French Presidential election:

It’s common knowledge that in the 48-hours before France headed for the polls and ‘official campaigning’ was suspended – in accordance with electoral legislation – the front runner, and opponent of Russian-backed Marine Le Pen, Emanuel Macron and his party were subject to a massive hack.

Private emails and documents were dumped on wikileaks, no doubt in the hope that it would turn into a media frenzy that might do enough to put LePen into power.

What is less well known is that Macron and his team – having seen the interference in the USA six months prior – had anticipated such an attack. His team had created a number of fake email accounts and servers which, for weeks and months, had been busy creating and sending fake correspondence and documentation.

Macron’s team briefed the media that they had done so in anticipation of a (likely Russian-state-sponsored) hack and warned them that anything gleaned from the data dump was very likely to be fake.

There were other valuable sessions that I haven’t covered here for the sake of (relative) brevity, but full details of the agenda of the day are available below.

It was a fantastic event and huge thanks must go to the organisers Shane D’Aprile and Shane Greer. Hopefully this event won’t be the last of it’s kind, as well the first, in Europe.

The Future of Polling

Digital Organizing In the Trump Era

The Predictive Power of Data: Modeling and Mobilization

Virtual Reality, 360 Video and What It Means for Campaigners

The Future of Ad Targeting

Role of Digital In the 2017 German Elections