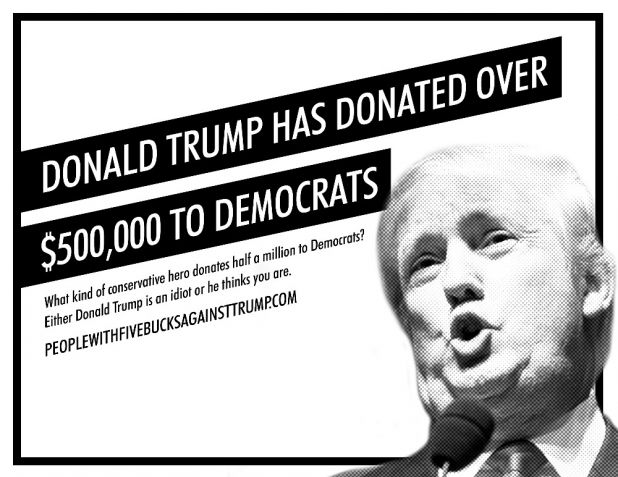 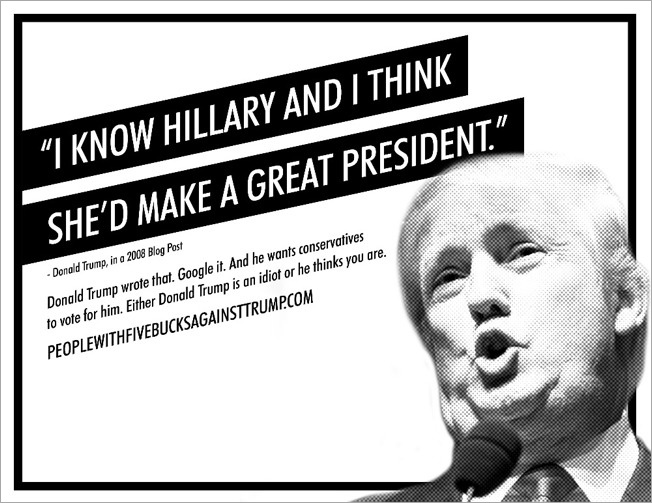 A copywriter named Louis Wittig from advertising agency Grey has started his own super-pac-with-a-difference.  He describes the organisation as a collection of people “who find Donald Trump so absolutely annoying that we just have to do something about it.”

Their plan is to raise small amounts of money from like-minded Americans using crowd-funding platform GoFundMe and use the cash to run advertisements that campaign against Trump.

To get the ball rolling, they’re initially trying to raise $1530 to run a press ad in one of New Hampshire’s biggest newspapers two days before the New Hampshire Primary.

The ads he’s prepared (examples above) are brilliantly written and are art directed in a refreshing modern way.  And. more importantly, the whole idea of a ‘people’s super pac’ is just awesome.