This is a poster by the Yes2AV campaign group who are lobbying for a form proportional representation to be used in UK elections.

It’s inclusion of Nick Griffin – leader of the far right BNP – has caused widespread controversy.  The NotoAV camp claim that including Griffin both gives him political legitimacy and is a slur on the names of other mainstream politicians included in the poster.

Apart from anything else, the political-poster-that-looks-like-a-movie-poster was used to death in 2001 by The Labour Party and should never again see the light of day (see below): 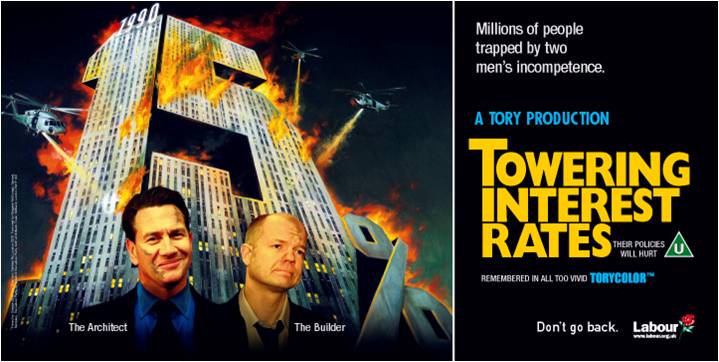