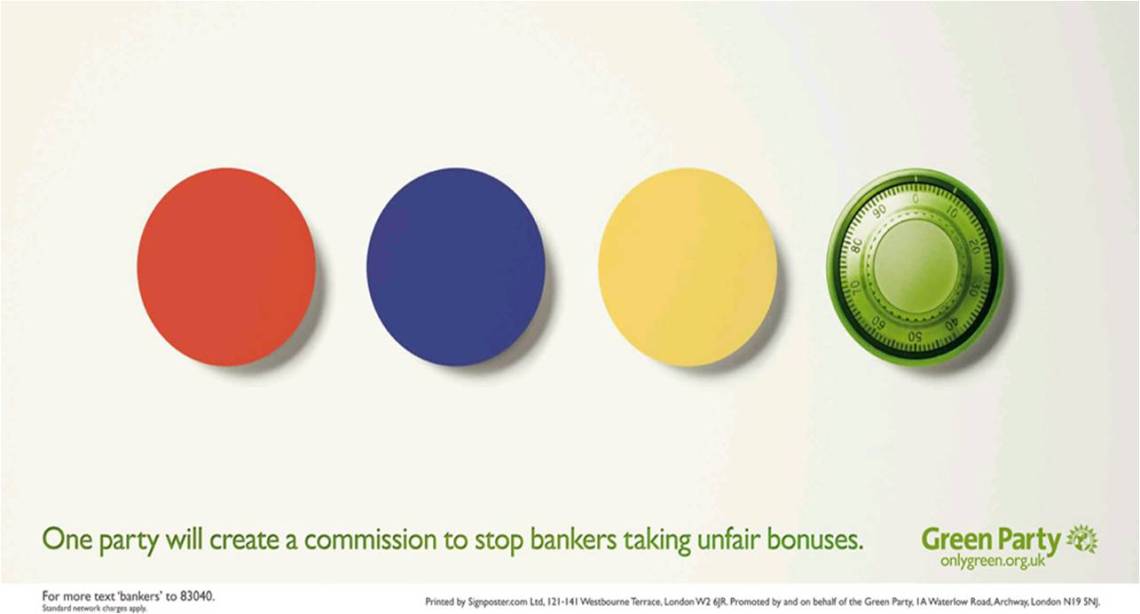 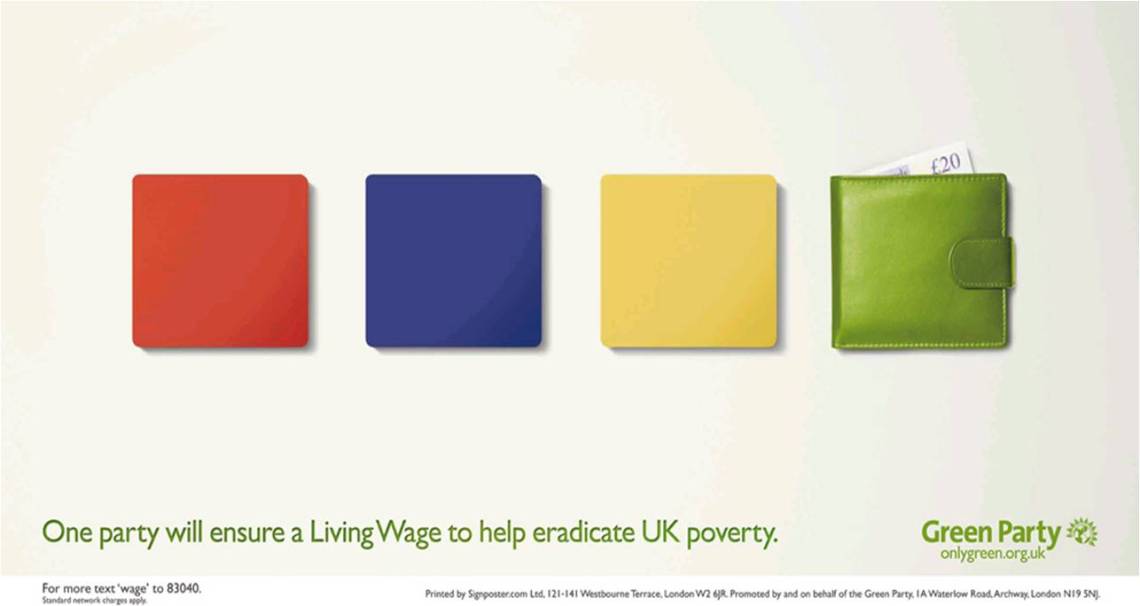 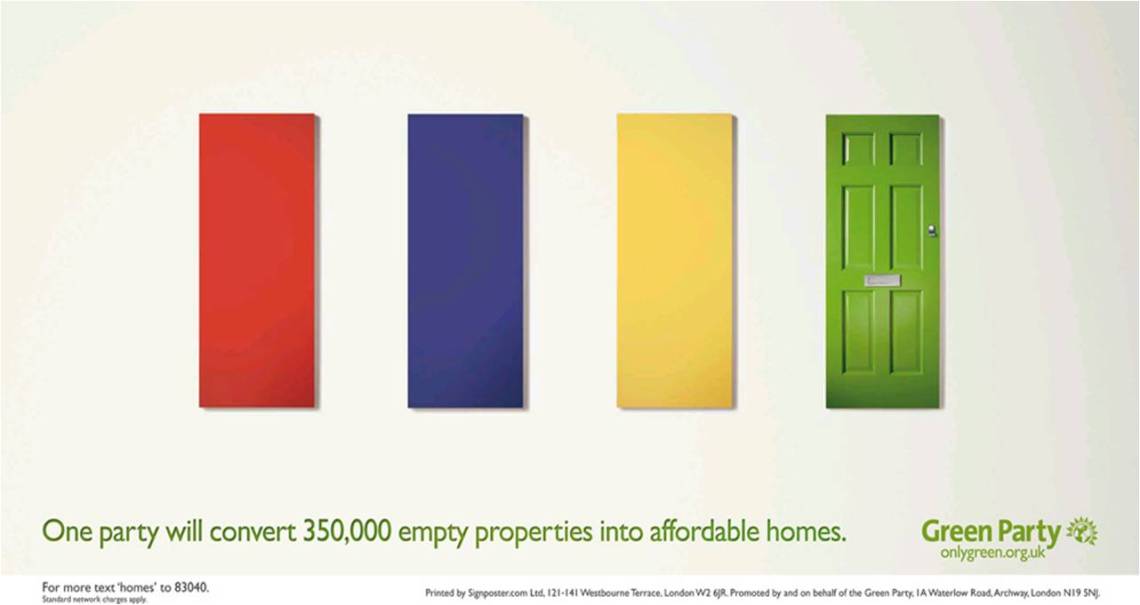 The Green Party have released some posters to support the personalised party election broadcast that they released earlier in the week.  The posters communicate the same core messages as the broadcast (that the Greens are different from the rest and have a range of policies across a variety of sectors) in a simple, clever and visually appealing way.

I previously hadn’t appreciated the sheer scale of the campaign that Glue had created for this election.  You can get the full details of the strategy that has been adopted, the range of the creative executions – including an online policy matcher and iPhone app – and the media channels within which it has been delivered here.

This must have all been done on an absolute shoe-string of a budget, but it just shows that you don’t have to have mega money to deliver a well thought out, creatively integrated and media neutral message.