Conservatives are depicting Corbyn as ignoring the will of the people on Brexit in a new set of negative ads. 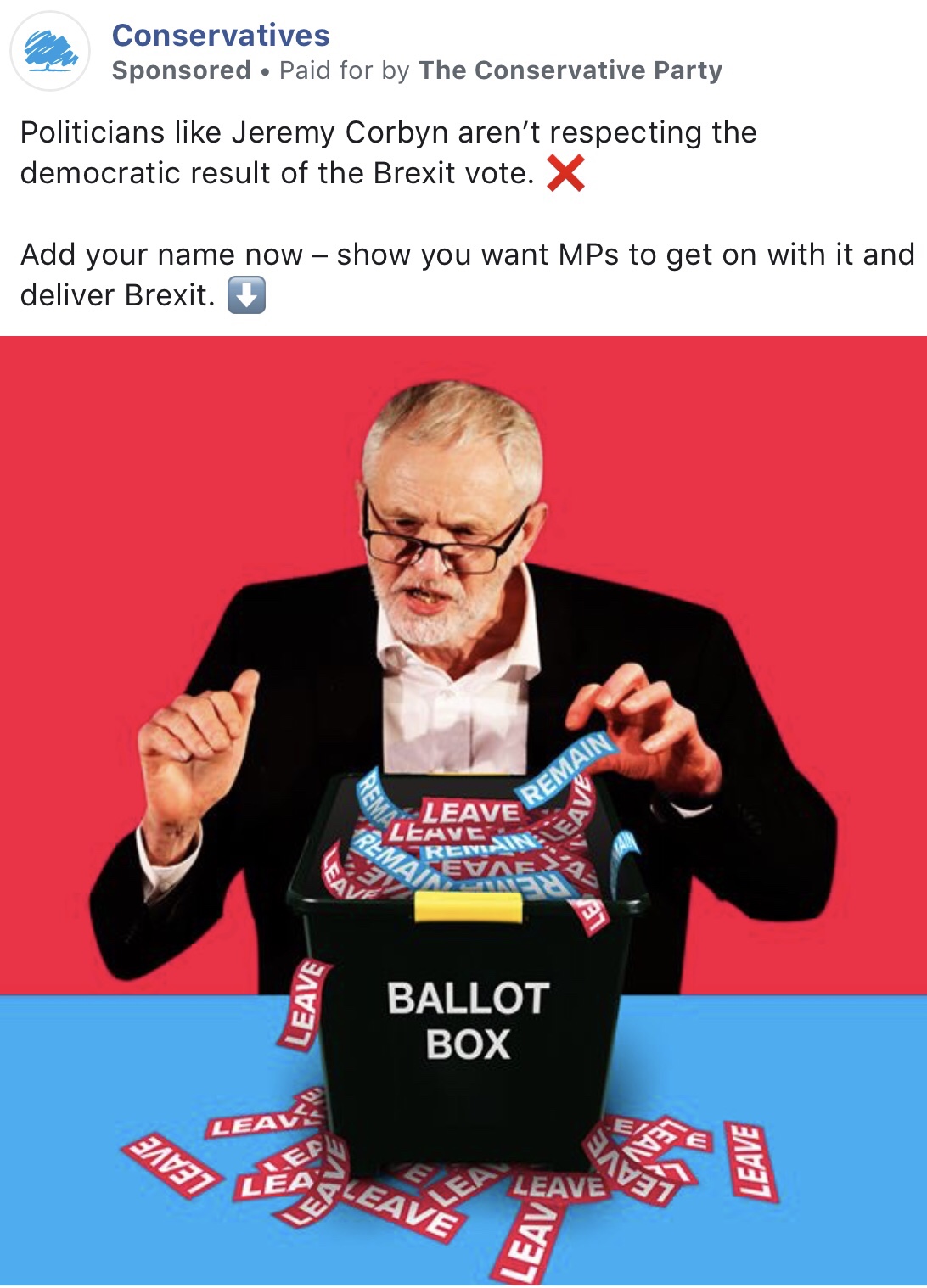 The Conservatives are trying to make the gap on Brexit between themselves and Labour as wide as possible, but will it ring true with voters?

Certainly Brexit supporters will find Labour’s lack of clarity on Brexit frustrating, but it’s hard to make the Remainer badge stick on Corbyn, which makes me think these ads won’t be as effective as other lines of attack. 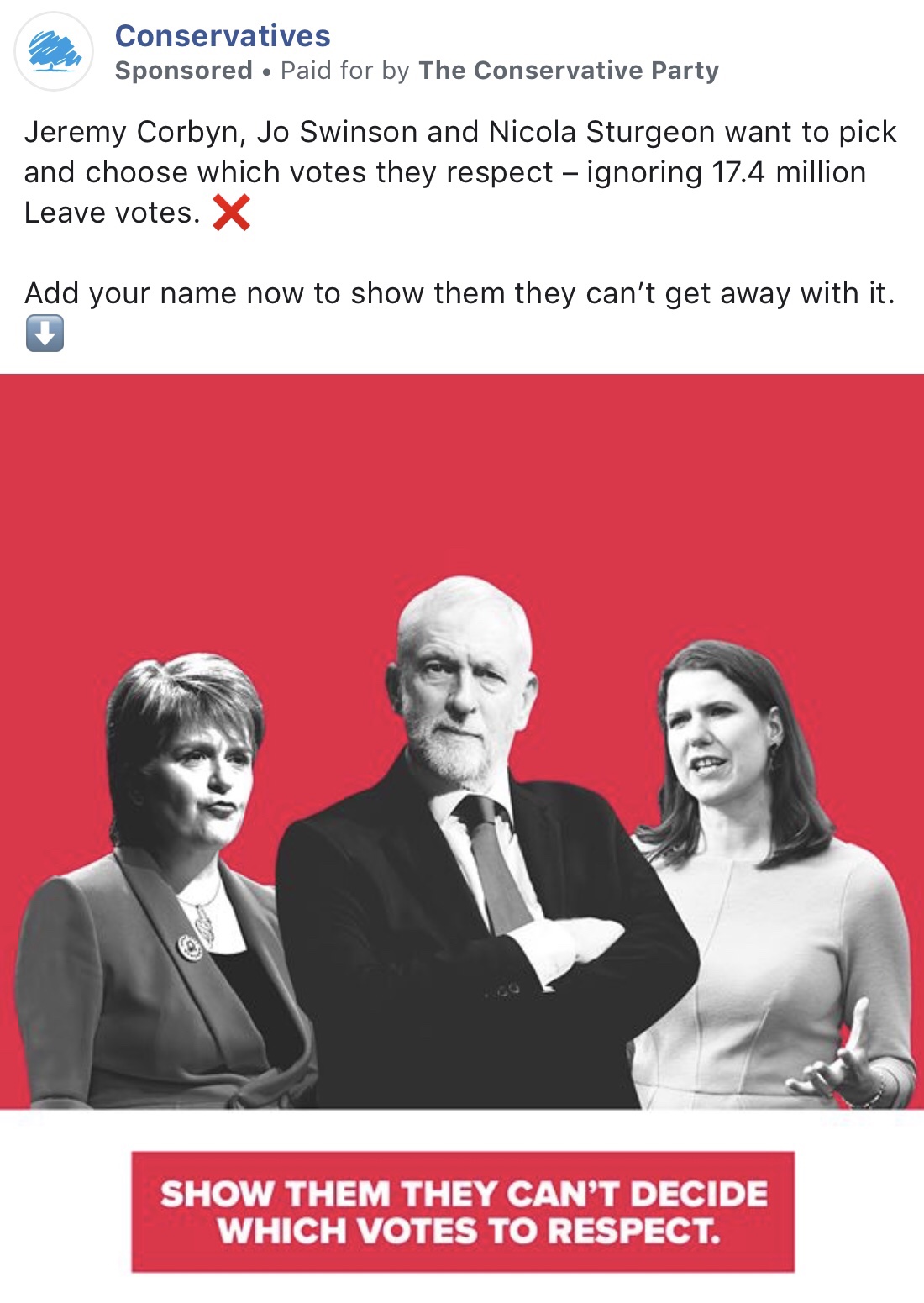 In one execution the Conservatives have included the SNP and Liberal Democrats, I suspect this is the beginning of trying to weaponise the prospect of a Remain coalition government that could emerge after a general election.