Vote Leave have released a poster depicting a passport as an open door alongside the claim that Turkey is joining the EU.  The stated intention behind the poster is that it aims to highlight to the electorate the additional number of people who might legally migrate to the UK if Turkey was allowed to join.

The poster is a follow-up to a video released two days prior which accused David Cameron of being duplicitous about the likelihood of Turkey joining the EU.

Vote Leave have thus far struggled to establish a bogeyman for their campaign.  You can read about why that might be here.

But the fact that they’ve done a few bits on Turkey suggests to me that their research shows that a proportion of floating voters would lean towards Leave if they were told that the secular middle eastern republic would join the EU in the short to medium term. In short, they’re testing the waters of making Turkey their bogeyman.

This is the first time that Vote Leave have deployed a poster about immigration.  The fear of accusations of racism is surely the only reason for the hesitation, as poll after poll shows that immigration is a top issue for voters and that those who favour limiting it highly correlate with those likely to vote Leave.

Some are indeed accusing the poster of deploying racist dog-whistle tactics, rather than raising legitimate concerns around immigration numbers, but whether Vote Leave stick with this line of attack will depend on poll numbers not headlines.

Previously the Vote Leave campaign had been pushing a message, requiring a fair amount of mental gymnastics, around spending the money we’d save from EU membership on the NHS (see poster below).

The Vote Leave strategy up until now must have been based on the assumption that they wouldn’t win 51% of votes cast with an immigration-only message.  As they judge that to be the case, they’ve been trying to add to their supporter base those who care deeply about the NHS.

It will be interesting to see if this Turkey activity is the first evidence of Vote Leave giving up on their coalition-building agenda and shifting their focus towards what most people assumed, prior to the campaign, would be their core message. 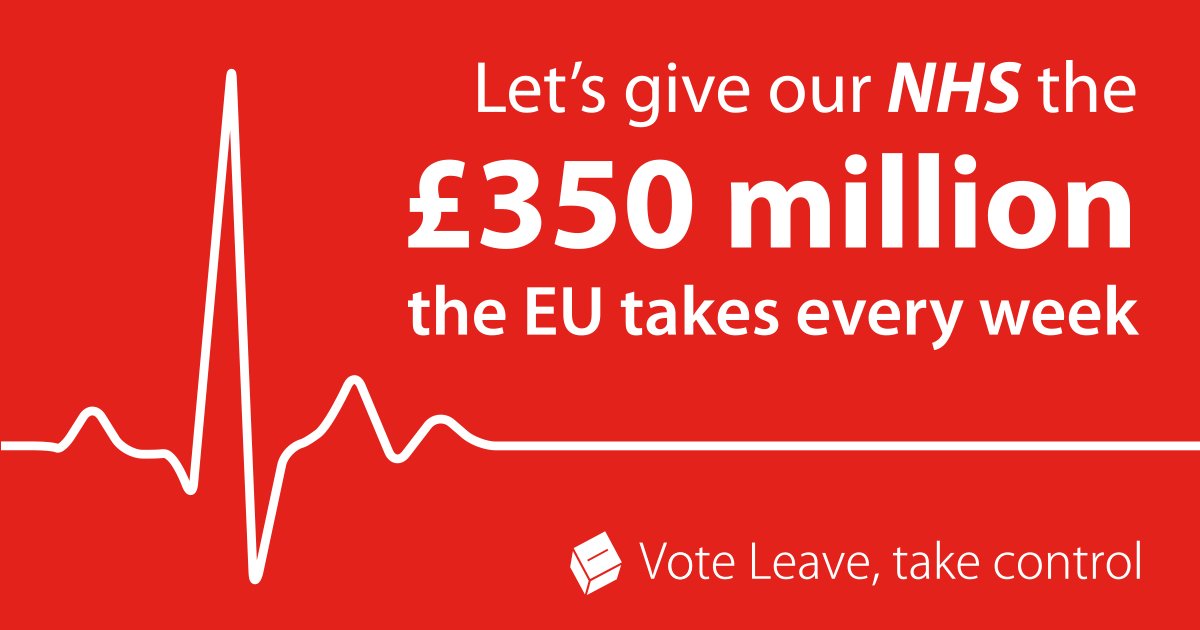