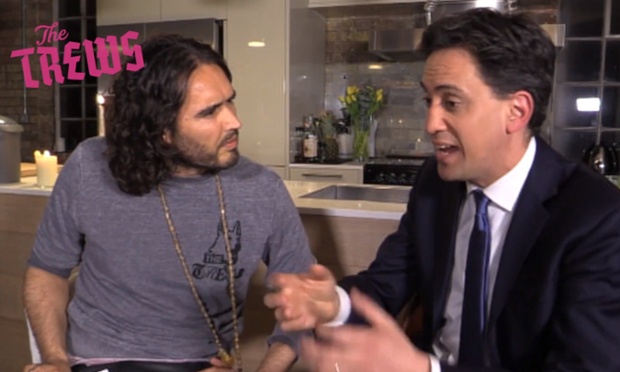 Typically in the final week or so of a general election in the UK political parties begin to wheel out celebrities to endorse their campaigns.

There is lots of evidence to suggest that celebrities’ endorsements of brands are only successful when there is an overlap of their brand values and it is communicated using an idea.

A good example of a successful celebrity and brand partnership was when Sainsbury’s worked with Jamie Oliver.  Sainsbury’s brand values were about encouraging people to be more adventurous with their cooking and Jamie Oliver was a chef who built his brand on innovative recipes – a perfect overlap.  The idea used to communicate their partnership was called ‘Try something new today’.

An example of where it’s gone well in politics was Jo Brand’s recent party election broadcast for the Labour Party which was on the topic of the NHS; she’s well known as being left-leaning and was a former nurse, so it made sense for people.

When there is no synergy between the brand and the celebrity the communication falls very flat and can even annoy people.

An example of this was the furore created  when, as an April Fool, The Guardian announced that Chris Martin from Coldplay was going to support David Cameron  by releasing a new version of hit song Talk, called Talk to David.  Those unaware that it was a joke were outraged as they couldn’t understand what the two had in common.  People who were fans of Coldplay but didn’t like Cameron, felt like they were being hypercritical in a way.

In psychological terms this is known as cognitive dissonance; this phrase refers to the mental stress or discomfort experienced by an individual who holds two or more contradictory beliefs.

So, if you respect and secretly aspire to be like Celebrity A but they have endorsed Political Party B – which you despise – you are likely to feel unsettled and upset about the collaboration.

Another example of this celebrity endorsement going badly was when Eddie Izzard kept popping up for various causes including Gordon Brown in 2010, the Alternative Vote referendum in 2011, Ken Livingston’s Mayoral campaign in 2012 and the Scottish Referendum in 2014; people wondered what this comedian has got to do with all these issues.  And it didn’t help that until the Scottish Referendum, Izzard had been on the losing side of every contest sparking the amusing internet meme “The Curse of Eddie Izzard”.