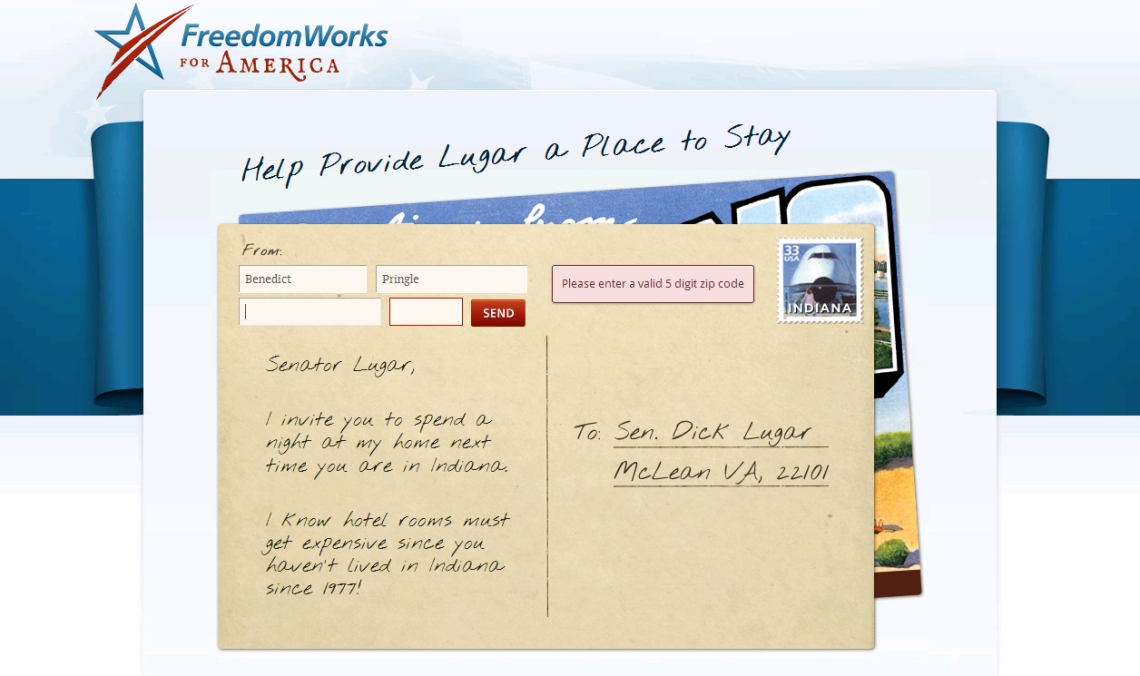 Republican (and Tea Party) Super Pac FreedomWorks for America have launched a website to try and unseat one of their own – Senator Richard Lugar.  The sitting Republican Senator has been in office in the State of Indiana since 1977.

FreedomWorks for America aggressively support their preferred candidates and are never shy in taking on incumbent Republicans.

Senator Lugar is being attacked for not having lived in Indiana since 1977, when he moved to McLean, Virginia.  According to the SuperPac, when he visits Indiana, he stays at taxpayer-funded hotels.  The US constitution states that Senators must live in the state in which they hold office, so if the accusations are justified, Lugar is breaking the law.

The tongue-in-cheek website invites the population of Indiana to send an email to Senator Lugar offering him a place to stay next time he’s visiting the state, thus saving the tax-payer some cash.  Once you send an email, you’re invited to contribute to the campaign.

It’s a neat little campaign which would have been relatively cheap to put together, but provided that the issue is salient enough, could end up yielding significant contributions.