The Party of European Socialism has launched its Europe-wide election campaign.  One element of the campaign comprises of a photo competition that challenges supporters to take photos of themselves with ‘the manifesto cube’ (downloadable in every EU language from the campaign website) in front of a local landmark or with a local personality.

Here are some UK entries to the competition: 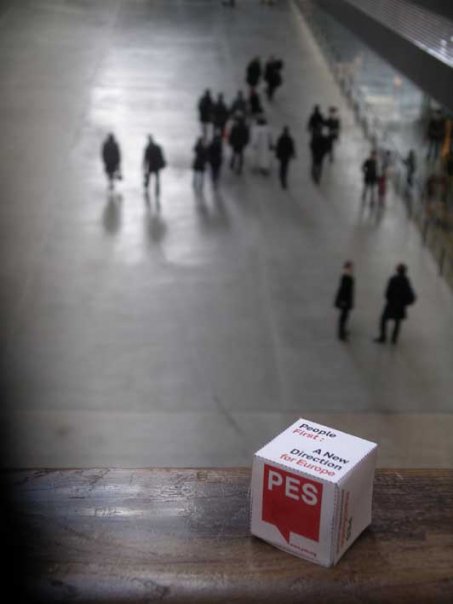 It’s a really fun, innovative and engaging way to launch a manifesto that enables supporters in a pan-European campaign to localise and personalise the campaign.